this was the first massive use of social buisness that has gone on to be the bigest gamechnaager in aid , girls empowerment and alleviation of extreme poverty

by focusing on affordable cures for infant and maternal helath, brac ended massive deaths in infancy - the culture changed so that village mothers no longer were expected to bear 10 children so that 2 boys could survive- this gave vilage mothers the opportunity to develpp their own income generation as brac redesigned at least 10 national markets to include the very poorest

Over the years other health programs have been integrated but the backbone of the whole of vil;lage empowerment across bangladesh can be viewed as the brac village health service- without this would bangladesh ever have become a world leader in partnership to end extreme poverty and all 6 of the top sgds as well as most others

extract from bio of ying lowrey

the answer would apear to be yes- and the fintech ecinomkic model that brac ;pioneered is caled bkash- even before jack ma took a 20% per cent share in bkash no less a judge that bil gates was saying bkash was probably the most promosing solution he had seen and that it could scale to offer digital banking to people who had previously been unbanked because theyu7 could only affors to strat banking with cents

Q did brac help the UN understand that the 300 trillion dollars of most liquid finance is barred from investing in sustainability development goals as an asset class? Dissertation: Macroeconomic Effects of Government Spending and Foreign Borrowing in an Open Economy: An Examination for Japan 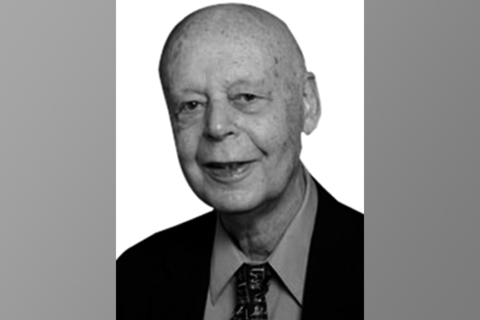 Professor William Baumol has systematically introduced the theory of economic growth based on innovation and entrepreneurship into the field of mainstream microeconomics: the first is his 1993 book Entrepreneurship (Translation and Publishing of Wuhan University Press) The second time is the "Growth of Capitalism Growth in 2002 - Free Market Innovation Machine" (translated and published by CITIC Publishing House); the third time is the microeconomic theory of innovation that my colleague and I translated together. (will be published by Gezhi Publishing House).

These unremitting efforts come from Baumol's regret for life, that is, innovative entrepreneurs are the protagonists of creating modern technology and civilization. Economics lacks a highly abstract mathematical analysis and rigorous analytical derivation. He often quotes the British saying "there is no Hamlet of the Danish prince" to describe the situation in which mainstream economic growth theory ignores research entrepreneurs.

How much credit can be given to entrepreneurship for the unprecedented innovation and growth of free-enterprise economies? In this book, some of the world's leading economists tackle this difficult and understudied question, and their responses shed new light on how free-market economies work--and what policies most encourage their growth.

The contributors take as their starting point William J. Baumol's 2002 book The Free-Market Innovation Machine (Princeton), which argued that independent entrepreneurs are far more important to growth than economists have traditionally thought, and that an implicit partnership between such entrepreneurs and large corporations is critical to the success of market economies.

Eytan Sheshinski is Sir Isaac Wolfson Professor of Public Finance at the Hebrew University of Jerusalem. Robert J. Strom is Director of Research and Policy at the Ewing Marion Kauffman Foundation. William J. Baumol is Academic Director of the Berkley Center for Entrepreneurial Studies at New York University, and Professor Emeritus and Senior Economist at Princeton University.

Dear Camille Foundation Ashesi (6th wise laureate network)
Probably the best news i have seen this century is just over 2 months ago jack ma of alibaba took 20% share in brac's fintech network which already has gates foundation multiplying its methods in africa
As you know for nearly 10 years now I wanted to make sure that brac and sir fazle abed kept well connected with the future of edutech fintech as well as real world girls adolescent clubs and every value chain we can transform round sme and thriving local communities everywhere goal 11 as well as 1 and 5 etc. I have also copied javeed mary and marta as the 3 people i spent most time with in qatar as we were all looking from different collaboration perspectives (marta i met at wise spain- she designs experiential learning for every child in barcelona international school, javeed a new york educator and technologist whose passion is the future of children in india and i interviewed a lot of the educationforall people who are a permanent hub at the UN for refugee learning, mary is the american who sits on chinese thinks tanks on the future of education as well as eg leading headstart partnership in brazil) though our common denominator is youth urgently need education to value their livelihoods and their only chance to be the sustainability generation
Fortunately we were able to reconnect with jack ma's main academic researcher who amy and i had meet at tsinghua university in beijing. She said she wanted a week tour of girl empowering dhaka so mostofa, brac's director of education dr islam and brac head office are now arranging that sept 30 to october 6 (asd you probably know brac also has a university- whilst its for profit it aims in key schools like the james grant school of public health to offer the curriculum public servants need to do the best job for the poorest) my understanding is we welcome guests who want the same things for poorest and  girls especially as sir fazle - whether those guests come in person or submit a one pagers which we can get everyone to look at and relevantly follow up- i would still like to see the new university movement in afruca be one core of this and mostifa will renew contact with taddy blecher in s africa - jack ma' scouts through unctad are already filling up places of the first 500 alumni of his new global business coding school in Hangzhou - which is mainly scholarship based - whilst i know kenya and rwanda student streams form part of the recruitment i dont know about most countries though mostofa can probably find out more if you need to know, as i assume brac africa will do too
jack has said that education is the main problem - and from 2020 he will try and focus on it- he knows full well that commerce and finance can get to some markets but not to other ones like education health sports arts cultures and indeed every market that need community building youth and thriving local livelihoods
if you have questions please address particularly to mostofa if he can find out info on the chinese side- and if they need chinese tramslation amy can help too -the wise at beijing i attended was so far ahead on edutech that we still havent begun to help people who only speak english to catch up
thanks chris macrae washington dc whatsapp 1  240 316 8157
The UN Goals are not THE GOALOn Monday, 19 March 2018, 11:36:44 GMT-4, Foundation <foundation@ashesi.org> wrote:

My apologies for the tardy response, and thank you for this exciting update!  BRAC truly is an inspiring organization, and Ashesi remains excited to join them in participating in Accra’s upcoming WISE summit.

13 institutions were represented at last year’s Education Collaborative, but unfortunately none were South African and Taddy Blecher’s was not among them.  This year, the organizers of the Collaborative hope to attract more international participants and make the event truly Pan-African.  The Ashesi University Foundation is located in the United States and is not involved with organizing the Education Collaborative; however, I will inquire about Taddy’s university during my next conversation with my colleagues in Ghana and suggest that he be invited to this year’s event.

In 2017 China had 5 million startup- many were associated with the 3 main ecosystems Alibaba , tencent, baidu- all ecosystems expected to brief jinping -usually there is annual meeting at tsinghua where public servants meet tech and otthe business leaders

MAY 2019 deadline update 100 nations collabortaion Belt Road 2 -China wished to understand which clusters of nations want to partner on which sustainability goals- jack is a leading svout of this- his big advantage is big data analusis applied to small enterprise and redesigning value chains- it would seem that ma, gates and brac are all watching for national partners in big data small -one of the lose ends is Nilekani billion person identity- we need help from tech experts to understand what Alibaba owns that can be key – eg in south asia it still owns the most common type of browser uses cheaper mobiles- in china jack’s fintech and ecommerce keeps ahead on g5 or most advance digital infrastructure- bkash is an interesting blend being targeted at mpt3 and 2?- please note we need to understand how the world’s greatest fintech experts at ant finance and bkash interface with all of jack ma’s and brac partners other interests